Skip to content
Home > COVID-19 > Why is the “Pink ‘Un” so blue about the housing market? 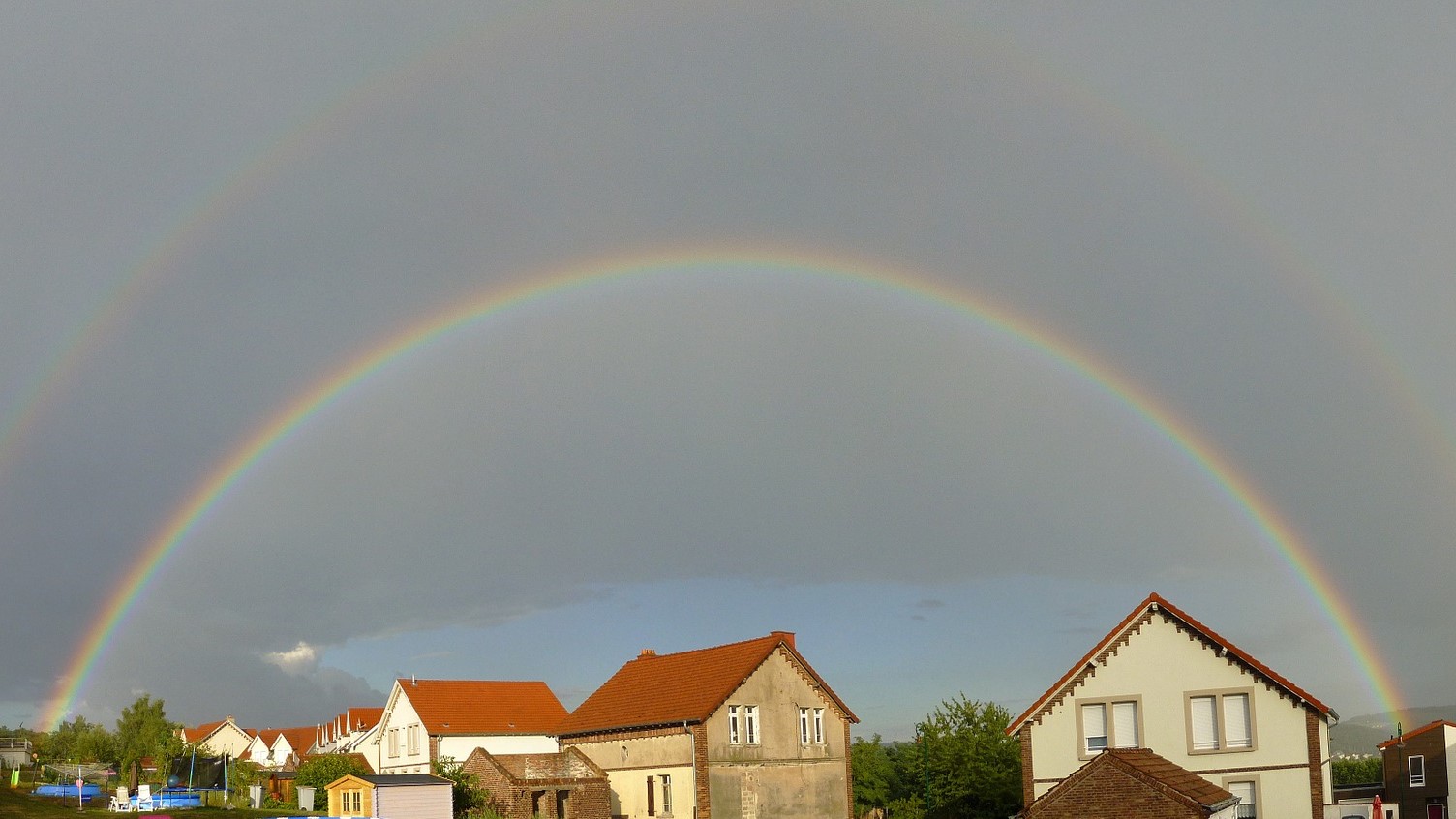 The FT is happily settling into its role as our nation’s most eager Prophet of Doom, rolling over and admitting defeat on behalf of us all before the first real punch has been thrown.

In this article on 8th April, James Pickford quotes property lender Octane Capital’s Chief Exec, Jonathan Samuels, who wails “To even be talking about bricks and mortar in the current climate feels absurd”.

Richard Donnell, research director at property website Zoopla, also runs in to aim his Nike Air Max at the market’s head, predicting a far steeper decline than 2008, and a very slow return to normality due to the length of the homebuying process and a survey of the Royal Institute of Chartered Surveyors showed 82% are expecting house prices to fall.

The article ends with the prognosis that, even if the crisis is over by the summer, it could take till the New Year for the majority of buyers to get their confidence back.

Which is quite a bold prediction. After such a dramatic experience, who can predict how people will feel? It’s just as likely that after months of staring at the same four walls, people will be desperate to move and we could see a berserkers’ property boom for the rest of 2020. After all, look at the effect of the Christmas break on marriages.

Certainly, other property experts aren’t as keen to ring the bell on the market as the FT.

The real estate giants, JLL advise against betting on any definite outcomes, denigrating the “infodemic”, which it defines as “an overabundance of information – some accurate and some not – that makes it hard for people to find trustworthy sources and reliable guidance when they need it,” and counselling that, “in such a fluid situation, the facts and consequences are changing quickly”.

However, they suggest that the current “consensus forecast is for a sharp shock to the global economy in the first half of 2020 (including a 5-10% drop in values) followed by a bounce back – reminiscent of the recovery after the SARS outbreak in 2003”.

The JLL advice to the industry is to step up our preparedness for a number of scenarios, model business continuity plans, protect and diversify supply chains, “increase hygiene and cleaning measures on site …and also bring in more outdoor air in buildings…to help dilute airborne contaminants’.

But usefully, it analyses the impact by sector – recognising that painting everything black with a broad brush is not helping any of us. The travel and hospitality industry, for instance, will see areas that depend on international tourism (e.g. Edinburgh. York) and those seen as epicentres of the outbreak (London) hit in the short term and possibly suffering long term effects. However, it suggests an increase in domestic visitors and staycations will cause a rapid bounce back in the rest of the sector.

In retail, cashflow and changing consumer behaviour will lead to a slowdown in store openings, but the need to rethink and localise supply chains could lead to more demand for logistics and storage space across the UK.

The same may be true in the industrial and white collar sectors, with buildings becoming taller but smaller in footprint, and with less demand for parking land. However, they don’t see the fast tracked adoption of homeworking affecting demand for office space in the long term.

In the residential sector, it sees no threat to multifamily developments as an asset class, a drop in demand for student accommodation due to the decline in foreign students (particularly from Asia), a reduction in private investor appetite for flexible, short term co-living accommodation and a tougher investment market in the senior/healthcare sector due to increased protection protocols.

The prophets at Knight Frank have little time for Doomsters and Gloomsters, predicting that property prices fall by no more than 3% across the country and 2% in London. They’re also dauntlessly forecasting no price drop at all for prime central London properties and a strong revival in the New Year, based on the judgement that lockdown restrictions will be eased from July onwards. Their Global Head of Research, Liam Bailey, said “The housing market was in a strong position in January and February. A sharp uptick in sales and price growth was seen across the UK, with even the prime central London market seeing a reversal of a five-year long price decline.”

However, Mr Bailey voiced concern that even his predicted 18% rise in buying activity next year may not be enough to make up for the enforced pause in house sales this year and called on the Government to stimulate the market with a cut in stamp duty.

Over at Savills, they share JLL’s chariness about predicting the length, depth and shape of the downturn, and suggest the current rate of shutdown amounts to 79% of this year’s housing delivery. However, they’re confident that once the lockdown ends, if pent up demand doesn’t drive a fast bounce back, then “the Government’s focus will turn to measures that support the speed of recovery in all affected parts of the economy, including housebuilding”.

Lucian Cook, Head of Residential Research at Savills, says: “Assuming long-term damage to the economy is contained, we expect the five-year outlook for prices to remain similar to our November 2019 forecasts but with a different distribution of growth year to year”.

Which, in our view, is all the more reason to keep construction going – as long as the materials pipeline can be maintained. Savills points out a very real prospect of planning permissions and Help-To-Buy schemes expiring and, if they can’t be kept busy, workers (both skilled and unskilled) leaving the industry forever.

On the plus side, they predict rich pickings for cash-rich developers thanks to less fighting over sites, which may help offset the reduced valuations. Like JLL, Savills predicts “falls of 5 to 10%, returning to stronger growth in the medium term”.

But most importantly, they outline the importance of maintaining the flow of consents coming through the planning system, suggesting that if this is focused on, then local authorities could actually exit this period of shutdown with improved five year housing land supply (5YHLS) positions”.

If, on the other hand, sites are closed for a number of months, many local authorities could fail the Housing Delivery Test (which requires them to deliver 75% of housing targets).

Closer to home, Ed Hartshorne of the York estate agency, Blenkin & Co. was even more chipper, saying: “The number of sales will inevitably plummet over the next few months but suppressed demand may keep a hold on values.

“I think the housing market will respond energetically to the economic bounce when it does come, leaping into action and spurred on by an eager and cooperative market of buyers and sellers. We have already signed up clients eager to launch 20-odd houses just as soon as normality returns”.

Yorkshire based property consultant Alex Goldstein assures us that “demand and new supply will be strong post lockdown. We now have the lowest base interest rate in our history. This will filter through to the lenders, which will make money even cheaper to borrow. Prices will hold steady for now and we will see a gradual increase over the next few years as demand continues to outperform supply”.

He further predicts that the change in working practices, brought on by coronavirus, will lead to more people moving to Yorkshire. “Employers have now experienced how staff can work from home and I think that employees will push for this lifestyle choice. As we are already seeing, this will lead to more people leaving London and the Home Counties for God’s Own County”.

However, once Yorkshire is full, we confidently predict a trickle down effect to lesser counties.

So all in all, the outlook seems to be a little more rosy than the FT wants us to believe. As bad as it gets, the COVID-19 crisis is unlikely to make a significant dent in the demand for housing, and the construction pause won’t have helped the supply position. And since even longer term low interest rates can only add more fuel to the fire, all we can say to the nation’s developers is, “Keep building, Guys! Britain needs you!”