Are you going too far for a double-digit return? 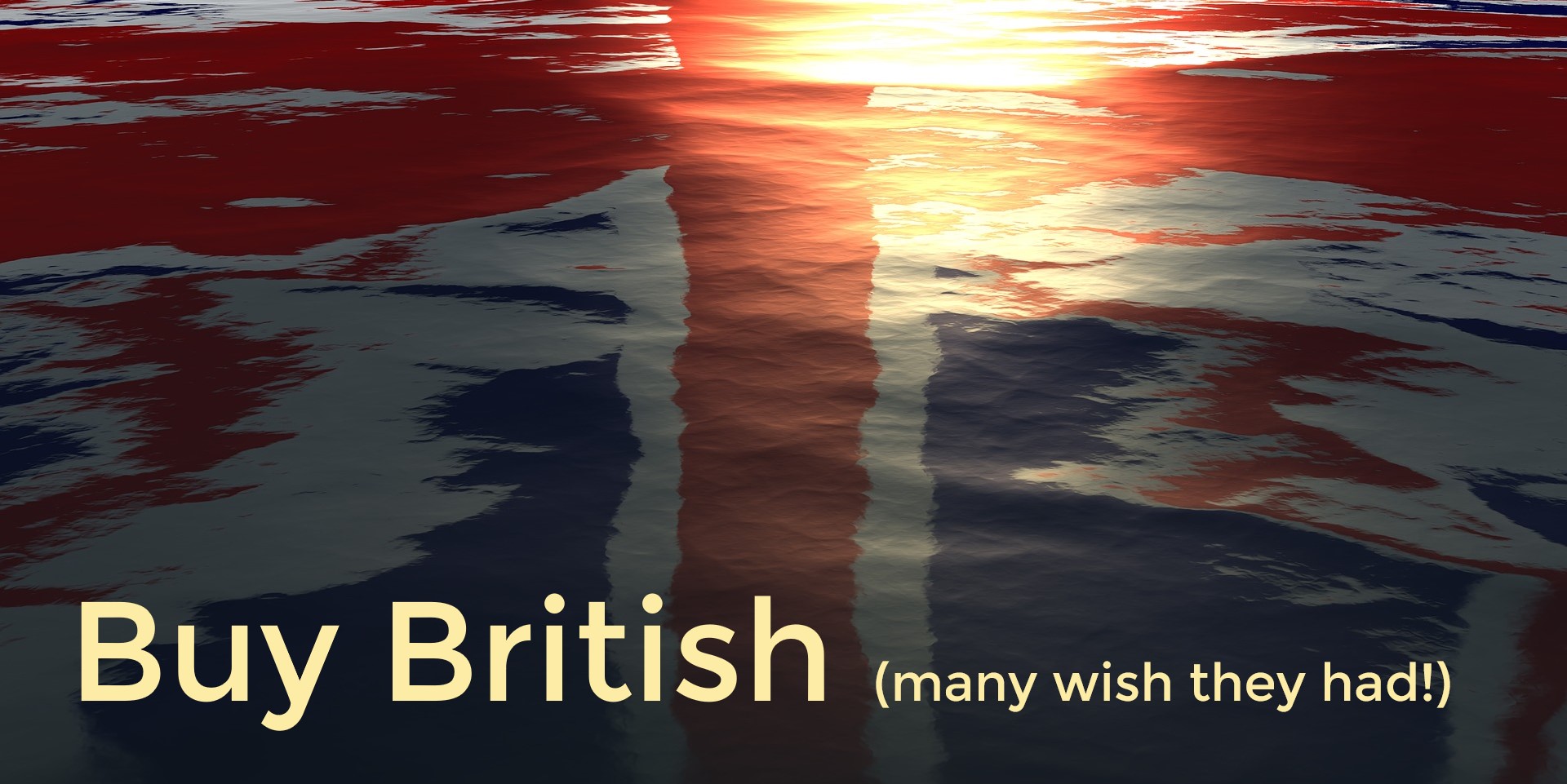 Are you going too far for a double-digit return?

If you want high returns you need to do your homework and know what questions to ask – not just take a punt at the sexiest looking schemes.

Just how far some people will go for a double-digit return never ceases to amaze. Not just to Europe, or the Caribbean or Australia, but also far beyond their own comprehension of investment risk.

True, many have done so following the advice of trusted IFAs. But surely common sense suggests that ploughing your hard earned sterling into schemes on the other side of the world – and thus riding the switchback of different jurisdictions, multifarious laws, diverse, fluctuating currencies, wildly varying cultures and unfathomable mindsets – demands much more of the investor than the “sophisticated/HNW” test required to invest in UK schemes. It demands global knowledge, eyes in every corner, supreme clairvoyance and balls of steel.

For instance, a cursory analysis of the (currently under investigation for alleged fraud) Dolphin Trust would have shown a huge, successful operation which seemed to be making great returns from redeveloping listed buildings in Germany and flogging them on. Your investment would seem to be secured by a “First Legal Charge”, with the promised return of 10% per annum looking more than adequate compensation for such a risk. Several hundred British investors read enough into that to consider it worth a go.

Had you dug a little deeper, though, you’d have noted that Dolphin was classed as a high risk, Unregulated Collective Investment Scheme – i.e. not the sort usually regarded as suitable for retirement investors. However, the fact that a few less than scrupulous IFAs were enthusiastically promoting it in return for an alleged 15-25% commission certainly made it sound convincing enough for UK investors to stump up more than £600 million through their SIPPs [1].

Of course, your “Spidey-Sense” might have prickled when you received a letter on 2nd October 2019, where Dolphin Trust GmbH said it was “rebranding” to the new name German Property Group GmbH, and incidentally, “maturity payments could be held up by up to a year”. But perhaps your nerves might have been settled by the Chief Executive, Charles Smethurst cooing about “wider factors” such as “finalising building permits and legal titles, and arranging third parties such as constructors” and purring “I must stress at this juncture that your capital investment is not at risk.” [1]

You may also have been reassured by your IFA’s silence on the matter, but by then of course, he’d have already pocketed his chunk of your investment as his “thankyou” from Dolphin and moved on to the next fee opportunity. It needs to be said that the vast majority of IFAs are principled, upstanding citizens that you could trust with the keys to your bank, but Dolphin seem to have found some bad apples here.

So then of course, a few things went wrong behind the scenes at Dolphin/GPG (or whatever they called themselves this week) and “poof!” the whole lot’s gone. Billions of euros have disappeared into a black hole and no-one has any idea how much will come back out. The first legal charge proved worthless since “discussions over the possible sale of properties” faceplanted at the first hurdle. Not only were most of the properties undeveloped – many were deemed totally unsuitable for development, and therefore unsaleable. This – as close followers of the CapitalStackers blog will know – is a fundamental point which we will never tire of pointing out. If the funds to complete construction are not committed at the outset DO NOT INVEST. If the developers run out of money you will lose your investment. This is why we never ask our investors for a penny until all the construction funds are in place, and it’s also why we partner with banks who are best placed to provide the ongoing construction liquidity. That way, with your second charge on the property (after the bank), you have assurance that the scheme will be completed and there will be an actual asset to sell.

But of course, Dolphin/German Property Group are far from the only unregulated scandal. For instance, Harlequin Properties tickled an estimated 400 million euros out of investors’ SIPPs to build 6,000 hotels and rental properties in the Caribbean.

Again, this investment was totally unsuitable for retirement funds, but again, a handful of less than ethical IFAs offered financial advice that was far from independent, taking their cut from a scheme where only 300 properties were built of the 6,000 promised [2]. Thankfully, Harlequin is now being investigated by the Serious Fraud Office.

But the list goes on. In Los Pandos, investors were duped into funding vineyards marketed as high-end, low risk schemes but which were in fact unregulated, unprofitable and completely inappropriate for retail clients. The Resort Group offered the chance to invest in high-return holiday “hot spots” like Cape Verde, but the investment was unregulated, and the risks were far higher than they were led to believe. Billions more have been cheated out of people hoping for a yield from unviable Brazilian teak plantations, unsown Australian farmland, sham sustainable fuel plantations, unsellable storage pods and car parks planned on illiquid and unprofitable land [3]. And closer to home, Dr Alan Louis, a South African third generation evangelical Christian businessman, waved his Bible, prayed his prayers and duped investors out of tens of millions of pounds for property investments in the Isle of Man. Most of the money was ferried to shady companies owned by Dr Louis and his family in the British Virgin Isles, a fact recognised by the IOM Court as Louis and his co-directors were struck off the register of Company Directors, before Louis himself was arrested by the IOM police for allegations of money laundering and fraud [4].

What makes people invest in these crackpot schemes? The sums involved suggest we’re talking about High Net Worth, sophisticated investors. Okay, many were ill advised by shady IFAs who preferred baksheesh to balance sheets and best advice. And in the case of Harlequin, seduced by a very glamorous marketing campaign which was fronted by football stars and prominent figures.

But many will have simply seen the return and not bothered to research the risk.

Which is about as silly as driving away a car without asking the price. A high return obviously carries risk, and the sophisticated investor earns his or her money researching whether that risk is one they’re comfortable taking. The high interest rate usually means borrowers haven’t been able to raise funds through more mainstream channels and you should make it your business to find out why this is. In the case of CapitalStackers, for instance, the relatively low-interest debt available from a bank at typically 55% of project value will usually leave a developer with a funding shortfall which CapitalStackers crowdfunds, up to a maximum Loan to Value of 75%. This secured junior debt is then priced accordingly and at the top end of the stack can command returns in the high teens. You can inspect the property being funded by driving by it in your car or digitally, from the comfort of your favourite armchair.

However, assessing the risk to yourself as an investor goes far beyond this, and relies heavily on the transparency of the investment company. For instance, what’s the track record of the borrower? What’s his working history with the contractor? What factors might affect the sale of the homes being built (transport links, employment, amenities, demographics, pricing)? Have building and sales delays been factored in? What environmental and civil risks have been considered? What’s the prospective value of the completed scheme? Is this independently verified? By whom? What will it sell for and what’s the total profit? Who’s behind the investment platform? What’s their experience of the industry? How much are they taking from each deal?

Investors in CapitalStackers will know that all these questions are answered in detail, with charts and independent professional documentation, on a personal dashboard for each and every investment they make. And updated on a regular basis, following frequent site inspections and borrower meetings.

I doubt investors in Dolphin, Harlequin, Los Pandos et al had the luxury of such information. Unfortunately, this level of detail is difficult to come by when you’re punting cash across the world into schemes in the Caribbean or the Antipodes, relying on local professionals to interpret their laws for your benefit. But the question remains, why did they invest in such schemes without knowing those fundamentals?

Still, for the rest of you, it must be a comfort to know that such double-digit returns are available much closer to home, with total transparency and full, regular disclosure. Administered by a team that according to P2P research agency 4thWay, is ”right up there as one of the most competent we have seen doing development lending”, on a  platform  that “takes diligence in checking and monitoring loans to a whole new level”.

That’s why we stick to what we know best. Who needs the Caribbean when the sun can shine on your investments from Solihull to Llandudno?