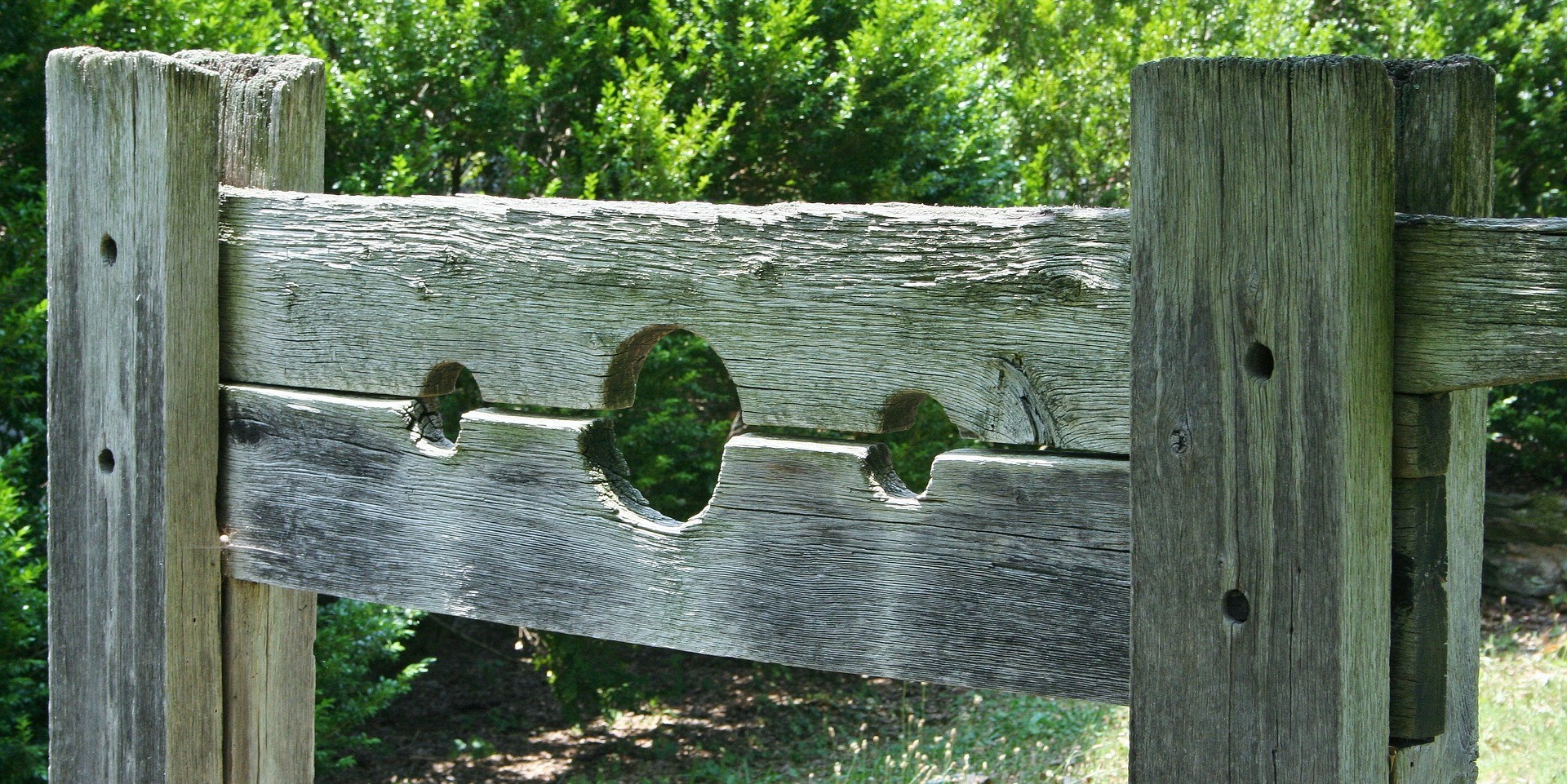 It seems that staring at the same four walls every day has forced many of us to contemplate the nature of housing. And human nature being what it is, we’re searching for someone to beat up and blame for the ills of society.

And I’m sorry, Landlords, but right now, it’s you.

Notwithstanding the fact that 20% of the UK population rely on you for a roof over their heads [1], you’re being fingered for “pushing up the cost of housing and creating an affordability crisis for almost everyone else”. [2]

Presumably, those 20% would have all bought their own homes if it weren’t for you exploiting them – despite the fact that 12.5% of households still chose to rent privately way back in 1980 – before any encouragement from Mrs Thatcher and all the social changes since. [3]

We’re not saying the decline in social housing is not a problem, of course – we’re just saying it’s not a problem that can fairly be blamed on landlords.

But seriously, if it’s not The Daily Telegraph wishing your demise in an article about COVID-19 precipitating a housing crash, it’s the article’s readers chucking all their furniture on the bonfire.

On 18th April, The Telegraph cranked up the air-raid siren, saying that the 28% of landlords who owned properties outright (and therefore would not qualify from Government-backed mortgage relief) “faced bankruptcy” if tenants were unable to pay rent and that “as many as 80% (of landlords) could be forced to quit the sector”. [4]

This prediction was met with glee by a significant proportion of those commenting on the article – a typical example being, “A massive clear out of the ‘get rich quick’ Buy to Let industry will be one of the many welcome and long overdue effects of the COVID crisis”.

Jeepers! Whose side are they on? Certainly not the side of those families who will have nowhere to live if landlords pull out (which they won’t of course – what kind of investor sells an asset in a sliding market?).

Neither is the Shadow Cabinet too bothered about those families, with Labour demanding a tightening of the coils around landlords in their manifesto [5] and Emily Thornberry screeching that empty houses should be confiscated from their owners [6].

Local activist communities like the London Renters Union and Acorn stirred the pot further by concocting a Renter Manifesto which demanded “Homes to live in, not for profit”, insisting that landlords should sell their properties to local authorities (as opposed to on the open market) and again pinning the blame squarely and unfairly on those who rent out properties rather than the Government which doesn’t build and society as a whole which feels an Englishman’s home is his asset.

The Guardian and The Independent, of course, have been banging this drum for quite a while. Last April, Mike Segalov responded to Government changes to BTL legislation by calling landlords “exploitative and inhumane charlatans” and pointing out that “someone earning minimum wage would find the average private rented home unaffordable [7]. Landlords can point to “the market” to justify charging high rents and feel they aren’t to blame”. Well, thanks for that, Mike – would you mind explaining to us how landlords specifically are to blame, if ordinary homeowners aren’t? Or don’t you want to go there (you didn’t, so I suppose that answers that question).

And back in July, one could imagine George Monbiot wringing  his tear-sodden hands as he typed a piece about tenants “paying landlords to live like kings”, mewling that “the UK has become a paradise for landlords” [8]. He rages that “in the 13 years between 2002 and 2015, average wages for people who rent rose by 2%, but their rents rose by 16%” without a sniff of context. The context, of course, is that housebuilding in this country has always lagged behind population growth, and the period he highlights saw a massive increase of 9.7% coupled with a rising trend of single occupancy due to social changes. This massive increase in demand pushed house prices up 95% over the period that George bewails rents going up 16%. [9] 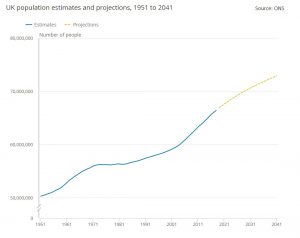 Why he feels renters should be immune from the market forces that toss the rest of us around, he doesn’t say. In any case, renters in the UK have it better in the UK than they do across Europe and beyond. We have more tenants with subsidised rents per head than in any other country bar Slovenia. [10]

Also worthy of note is the fact that people living in Denmark, Germany, Austria and Switzerland rent, rather than buy, and presumably by choice, judging by the above chart.

Quite why the heavyweights of “social justice” are queueing up to give Mrs Miggins a kicking it’s equally hard to fathom. Of course, painting landlords as the Robber Barons de nos jours is a populist way of stirring up class hatreds and hastening their comrades to the barricades.

However, it’s simply a spiteful campaign of emotional propaganda, by grown-ups who should know better. It wants us to believe that all renters are poor and all landlords are rich. And when we see the reality it starts to look a bit silly.

There are many reasons why people rent – high-level job relocations, postings, marriage breakups, not just through lack of choice – and let’s not forget that most private landlords are just ordinary folks who got stuck with their mum’s old end terrace, or moved in with a second spouse and kept the old place on “just in case”.

Even those who kept buying and built up a string of rental homes to keep them in their retirement are hardly grinding the faces of the poor into the dirt, for the most part. Yes, they’re using property to make profit – but profit is simply another word for “income”, and why is that somehow worse than using any other means to make an income? Why is it different to making money from selling cars, or apples, or the sweat of your brow? Why, for that matter, does someone investing to ensure their own self-sufficiency in retirement make them a legitimate piñata for the illiberal elite?

And why vilify people who are providing a much-needed service? Why try to hound them out of the business, when we know that if they weren’t doing it, the UK’s homelessness problem would become considerably worse, not better?

The simplistic argument of Monbiot, Acorn et al is that fewer buyers means lower prices, so if you took private landlords out of the equation, all homes would become more affordable. But this is naïve reading of economics. It completely ignores the fundamentals of the cost of housing.

Private housing is built to sell to people. The people who build it do so to earn their crust. So unless it’s heavily subsidised, private housing will only ever be built when it’s economically viable. And since the cost of materials and labour isn’t going down, the only moving part in this equation is the cost of land. And in tough times, that goes down. Not so long ago in some parts of the country, sites couldn’t be given away because the cost of building houses was more than they could be sold for. So nothing got built and who suffered most? The people at the bottom of the housing chain, that’s who.

Of course, the social justice nihilists don’t tell us this; either because it’s inconvenient to their argument, or because they don’t understand it.

Do these people hate the idea of landlords so much that they would rather make the poor homeless than see a few people make an income from homing them? Because, if those landlords were really serious about making money from property, they could do a damn sight better than Buy to Let, anyway.

As we pointed out years ago, [11] Buy to Let is a seriously tough way to turn a penny.

Investing your redundancy or pension drawdown (say £100K) into perhaps a modest flat costing £275K – with maybe a 3% mortgage, might yield you a 3.5% return once you take into account void costs, management fees and maintenance.

And, of course, that’s after shelling out £15,700 up front for stamp duty, legal fees and mortgage costs. Not to mention all the stress, costs and headaches of managing an asset with real, living people occupying it (and sometimes not). And if you got fed up of the wildly erratic income and tried to sell within 6 years, unless there’d been a hike in property values, you’d lose money on it.

Particularly when you consider that you could invest that same £100,000 and make annualised returns of 10%+ out of property development in just a year or two (with some projects having paid as much as 20%). The bottom end of that range is significantly more than our landlord would make even if he held on for 20 years and enjoyed 3% compound annual growth in house prices.

Investors in CapitalStackers have been making these kinds of returns with none of the pain landlords go through – and with a lot less capital exposure, because the borrower is taking the first loss risk if the market falls. Rather than having to service a huge BTL mortgage, investors can participate in property developments with as little as £5,000.

In reality, these are the people making smart money out of property – not your poor old Buy-to-Let landlord. So please, let’s cut landlords some slack.

They don’t have it as easy as you think.