Skip to content
Home > Blog > If you think some UK platforms act badly, be thankful we’re not in Wild Westonia

If you think some UK platforms act badly, be thankful we’re not in Wild Westonia

If the recent, much publicised collapse of Lendy and FundingSecure has horrified you – and if it hasn’t, please don’t bother with our Investor Appropriateness Test – then spare a thought for the hapless investors of Estonia. The regulatory landscape in the former Soviet territory makes the Wild West look like Disneyland.

Increased scrutiny in the latter half of 2019 seems to have accelerated investors’ woes, with particular attention being drawn to two platforms – Kuetzal and Envestio.

Kuetzal’s management appears to be so bad it’s almost a parody. In December, Explore P2P reported that Kuetzal seemed to have lent €850,000 to a “fake” petroleum company with one employee and no trading history, most of whose website text seemed to have been copied and pasted from that of a Russian petrogiant.

It doesn’t take a particularly sophisticated investor to ask the question, “Where was the due diligence?” But that of course depends on whether there’s anyone to ask. The CEO, Maksims Reutovs, is a 24 year old former semi-pro tennis player and junior bank employee, who appears to have learned what he knows about the Estonian finance industry from his residence in Barcelona.

Those concerned about his commute, or how often Mr Reutovs is seen in the office, will not be reassured to learn that the answer is never. Because there isn’t one. The “office” photos are CGI images lifted from stock sites.

Fortunately, Mr. Reutovs’ staff don’t miss him, because there aren’t any of those either. Neither does his boss seem to be too concerned about his whereabouts, since he doesn’t actually have a contract of employment. Nor does he even appear to know who his boss is. Mr. Reutovs recently admitted he didn’t even know the full name of the owner, and had only had contact with the latter’s 29 year old wife. To whom he is not actually married.

And anyway, the CEO might be advised not to ask too many questions, since he only got the job after his predecessor and most of his family mysteriously disappeared.

Investigations by a vigilante group of investors have unearthed suspicions that the owner may be the convicted money launderer, Andrei Korobeiko, who coincidentally lives at the registered address of the company. Or it may be Eugene Koshakov, who apparently became the CEO of AA Development, the company that received Kuetzal’s biggest loan the day before the loan went live. Or it could be 24 year old Alberts Cevers, the previous CEO, who is, by coincidence, married to Evelina Cevers, who is listed as the official founder of AA Development…

Anyway, having almost found the owner, the question “where is the due diligence?” can be answered. There isn’t any. The company recently issued new terms and conditions to investors saying, ‘The Portal operator does not perform any due diligence of the borrower or project’.

So you’ll be getting the impression that transparency at Kuetzal is on the murky side of opaque. This state of affairs has led a particularly sharp-eyed official at their bank to freeze their accounts, citing money laundering issues. Not much gets past those Estonian bankers. Well, okay, a lot gets past them, but show them a made-up company with no offices, no staff, no contracts, no due diligence and no links to the owner and they’ll rumble the whole thing within…er…months.

For the last few months of 2019, Kuetzal maintained that it was still paying its investors out. However, how it was doing this without a bank account is yet another Estonian mystery.

Nevertheless, this charmed existence finally had to come to an end and on 12th January, Kuetzal closed its doors, owing millions to investors – citing “attacks” on its reputation, its bank accounts, and whatever else it could think of.

So the question must be asked – how can a P2P site have liquidity problems? In the UK, Investor funds are held in trust in a separate, protected bank account. If you want your money back, you simply request it, or if it’s already invested your loans at least have a value and you can seek to sell them on the secondary market.

But that’s not how Kuetzal and others conducted their business. They promised that for a small fee, you could cash out at any time. Which would be wonderful if they had any cash reserves, which they didn’t. And so faced with a situation when all the investors smelt a rat at the same time and headed for the exit, the company was found without its trousers.

The day Kuetzal claimed to be the victim of those “attacks” happened to be the day after they’d defaulted on a commitment to return funds to investors within 5 working days. The last lucky investor to get his money out of the tombola did so on 12th January 2020. So we’d suggest, although we can’t be sure, that these “attacks” were a smokescreen.

We’d like to say this is an isolated case, but we can’t. Another Estonian P2P scam platform, Envestio, shut down last week, having only launched in 2018 and holding €33m (£27.9m) of lender funds which would appear to have disappeared into thin air. Those with a strong stomach can google the details. A good place to start is here.

Now, while horror stories like this make the likes of Lendy and FundingSecure seem like angels, they in no way excuse their practices. But they serve, we hope, as a reminder to us all as investors to do our homework. We should all, before pledging a penny, be checking those vital questions: Who are the management? Where are they? What’s their area of expertise? What’s their track record? And most important of all – how transparent are they? Do you get regular, in-depth and consistent reporting, with independent corroboration? If the answer is no to any of these, sit on your hands.

And it’s also one good reason why Brexit is a good thing, for P2P at least. The EU has, in its schizophrenic wisdom, left financial regulation to its individual member states, in general allowed cross-border platforms to “opt-in” to licensing under European Crowdfunding Service Provider (ECSP) regulation, or to simply register in the country of their choice. 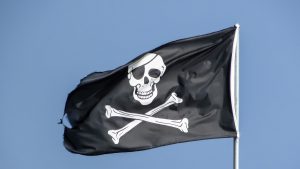 Given that roughly eleven countries have shown any application in this matter at all (Britain, France, Belgium and Germany proving the strictest, the Nordics wavering between very strict and “light touch” approaches and the rest of the member states on a sliding scale from partial regulation to absolute chaos), this opens the door to those operating across borders to pick their country in the way that pirate ships used to operate under flags of convenience (and I use the former term advisedly). They can effectively hurdle entry barriers and sidestep any form of governance, credit assessment, money handling, disclosure and complaints handling standards.

So whereas UK platforms seeking an FCA licence must subject themselves to the rubber glove treatment for many months – and rightly so – countries like Lithuania promise “fast, easy licensing” with a view to being up and running “within 30 days”. It beggars belief.

This is what leads to horror stories like those above. Without strict regulation, we invite unsavoury types to use P2P as a magnet industry for developing scams. If the EU allows platforms to solicit investments without appropriate regulation, who knows how many Kuetzals and Envestios there are? Until it’s too late.

We continue to support the FCA in weeding out the bad actors in the UK. However, we’re also confident that as the Lendys and FundingSecures fall by the wayside – and the new, tighter regulations squeeze out others – the FCA is getting it right.

And as long as we do get it right, P2P is a valuable and powerful cog in the world’s financial engine. So we hope the UK can continue to lead the way in financial product innovation and regulation, and carry a torch and set the standards for the rest of Europe to adopt.