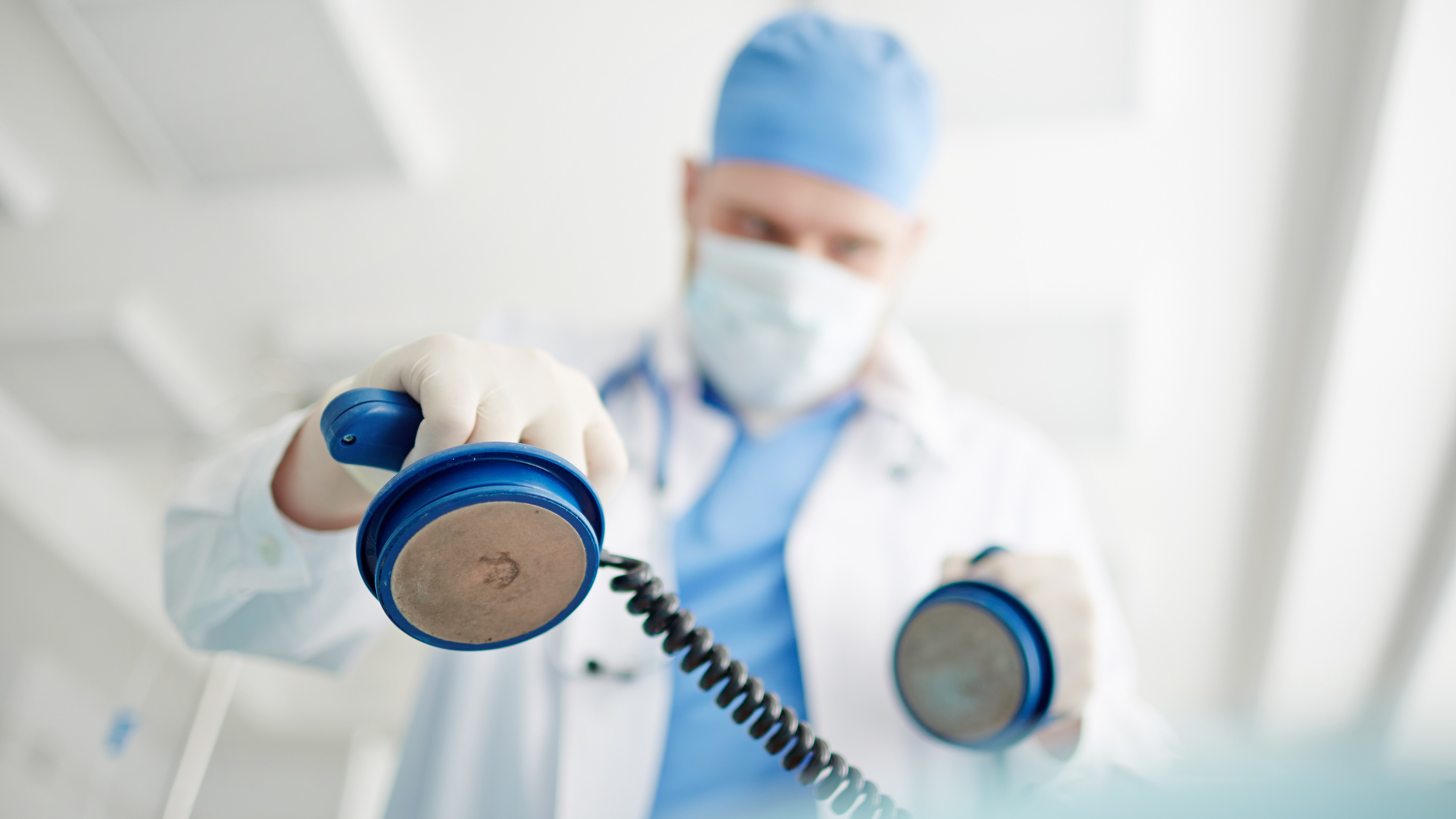 Who knows what kind of economic landscape we will witness when we finally emerge, blinking in the sunlight, from our Covid-19 lockdown?

Many things will have changed, for certain. Many jobs – many companies even – will have ceased to exist. But one thing that won’t have changed, as sure as death and taxes, is there will still be a housing shortage.

The social change that drives that shortage won’t have gone away, either. Family break-ups, people getting married later and living longer are constantly repainting the panorama. In the new zeitgeist, we need more housing units because we have more family units.

And the impediments to solving that problem haven’t gone away either. They boil down to two simple facts: (1) We’re not building enough; and, (2) We’re not moving enough.

Society is a heaving, growing, moving mass, and if people get stuck in the wrong home (or without a home), our social fabric is tied in knots.

What’s more, if we underestimated the possible effects of a pandemic, it will be as nothing compared to the effects of a housing shortage left unaddressed in the years to come.

One of the most short-sighted responses to the current crisis is mortgage lenders refusing new loans to anyone unless they already have 25-40% equity. One of the UK’s biggest lenders, Nationwide, announced on 24th March that it would only offer mortgage deals at 75% Loan-to-Value – effectively pulling out of the new mortgage market. Santander and Skipton trumped them by setting its limit at 60%. One by one, most of the other major lenders followed suit.

While this is widely reported to be a temporary measure, none of the providers seems to have noticed that they have collectively emptied both barrels into their own metatarsals.

If mortgages dry up, so does the chain of buyers. No buyers means housing values will fall, and the mortgage lenders’ portfolios will suffer a pointless hike in LTV ratios.

It’s also totally unnecessary and short-termist. They’re seeing risk in absolute terms, rather than human terms. Yes, it might make sense on paper not to lend at 95% LTV when you might anticipate a 10% drop in the market. But houses aren’t airline shares. People don’t, by and large, buy them to sell in the short term. They buy them to live in. The average tenure has rocketed from 8 to 21 years (35 in London) so nitpicking risk assessors are not only missing the point of mortgages, they’re also shutting off their own pipeline and – even worse – blocking the lower paid from getting onto the housing ladder.

So if the mortgage providers won’t help themselves (and history has shown that they largely won’t), the Government needs to extend its provisory largesse to this area of the economy and erect a nerve-settling safety net. The message they’re giving to banks about businesses – “Just let them borrow” – needs to pervade the entire economy, because if people didn’t realise before how utterly interlinked the economy is, they do now.

What better way to bring down an already staggering construction industry than to administer a baseball bat to the knees, in the form of taxing their product before they can even sell it?

What other industry has to overcome such a hurdle? Builders are actually being forced to pay for services that are not being used – bins not being emptied, public transport not being utilised, parks and recreations not being visited – because there is as yet no-one to use them. This is akin to charging road tax on cars that are still in the showroom, or inheritance tax for your granny who isn’t yet dead. It’s obscene, pointless and again, it crushes its own windpipe. Councils should be encouraging new homes to be built within their provinces, to increase their own long-term revenue.

Yes, we know that the original intention was to encourage the occupation of empty homes, but right now, we need more empty buildings in order to fill them, and this policy is not helping in the least.

It would be a strengthening shot in the arm if councils were to suspend this utterly unconstructive tax on new build homes – preferably forever, or at least until the industry is in better shape.

This is one of the most liberating initiatives ever to have hit the market, so why limit a force for good? The news that the Government has confirmed the extension of the Help to Buy equity loan scheme till 2023 is to be welcomed – but why this should be restricted to first time buyers is a mystery.

Wider stimulation will warm the blood vessels right through the industry – helping existing homeowners to move will naturally free up homes for first time buyers. And since the current extension was put in place when Corona was nothing more than a beer, we now need to consider how long the existing scheme should be extended to help repair the damage of the virus.

Boris Johnson has already hinted at scrapping it, and having hinted, he needs to get on and do it, because the rumours themselves will stall the market – after all, who wants to buy now if they can save a considerable wedge by waiting till spring?

We already know the stimulating effect of even small tax changes on the market, but they just need to be done in the right way – the wrong way being the way Nigel Lawson did it in 1988. The housing boom (and consequent bust) of the late ‘80s was an unintended result of Lawson’s bungled removal of double mortgage relief for married couples. By telegraphing in March his intention to scrap it in July, he inadvertently caused a three-month stampede, which overheated the market and helped induce its collapse.

Nevertheless, just because one chancellor applied the wrong medicine at the wrong time, that doesn’t disprove the benefit of a little tonic in a place that sorely needs it. Stamp duty has left the handbrake on the housing market, and the further we try to drive, the more it squeals.

Lifting it, even for a little while, would bring blessed relief. Millions of older people are trapped in houses that are too big for them (and would be ideal for younger families). Many of them could afford to move when they find the perfect little bungalow, but if they need to bridge the sale of their house while they wait for a buyer, they’re subject to a 3% SDLT premium. Granted, they can claim it back if they sell within three years, but it’s a big chunk of cash to be waiting for, and so it’s a deterrent to the Silver Sellers. Not to mention a huge admin cost to the Government for money which, ultimately, they have to hand back.

Remove it, and the entire chain moves on a notch.

The clamour to close building sites must end with a firm word from the top. Builders need to keep building, full stop. The alternative is to extend the housing crisis until it becomes a catastrophe.

Granted, conditions on some building sites must be addressed – particularly in London, with crews working in cramped conditions, and in some cases living at close quarters, too. But to shut down an entire industry because of poor observance in one city would be madness.

Writing national policy with London blinkers on is never a great idea. The majority of sites outside the capital are run within Government safety guidelines, and are regularly inspected to ensure they continue to do so. The nation needs them to keep building, so the Government needs to let them get on with it.

And this also means “stop giving mixed messages”. Set the guidelines and make them clear and comprehensive.

Those building sites which have stayed open are finding most builders merchants that supply them are closed. True, the Government told builders merchants to get back to work last week (while observing public health guidelines), but that was amid a cacophony of messages telling everyone to stay home unless their job was absolutely necessary. Such discordant advice naturally led the bigger chains – the Selcos, TPs, Howdens et al – to close their doors rather than risk an HR backlash.

Even in those outlets that are open, confusion reigns. Anecdotal reports paint a patchy picture of how the directives are being interpreted, with builders being sold plasterboard, but not skirting board, as it is “not an essential item”.

If we trust builders to build, we must also trust them to judge what they need to do their job, and not tie their hands unnecessarily.

Let’s not forget, also, the interconnectedness and interdependence of the economy. A moving housing market drags the replacement kitchen and bathroom market along with it. It mobilises an army of manufacturers and suppliers, fitters and finishers, painters and decorators, landscape gardeners, soft and hard furnishers…

Keeping these industries moving preserves them and ensures the housing market is ready to go as soon as restrictions are lifted – and in an industry that moves slowly, this is surely vital. The rest of the economy can’t afford for the building industry to slow to a stop. Too much else depends on it.

So will any of this happen? We hope so. This Government has distinguished itself so far by a remarkable willingness to listen. Solutions have been proffered and adopted almost as soon as the problems have been identified. And we imagine they will continue to do so. The first four measures above would have been a welcome response to the housing crisis even in normal times. But now we’ve had a crisis upon a crisis, they have become imperatives.