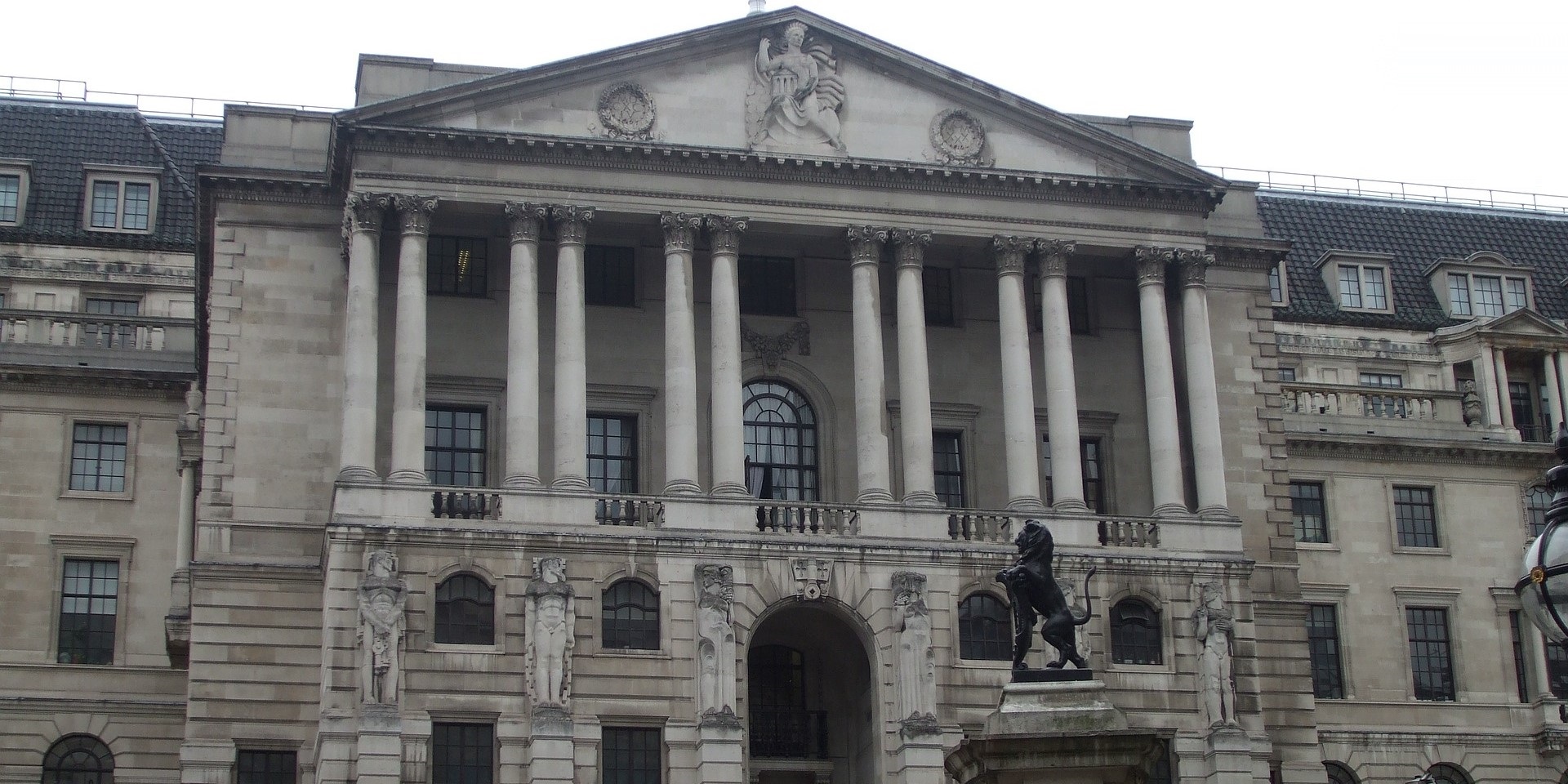 Published 19th May 2020 by CapitalStackers

It’s often quoted that economists have predicted nine of the last five recessions. But the Cassandra tendencies of most economists are as nothing compared with those at the Bank of England, who seem to take a perverse pleasure in talking down the economy.

Last week the Old Women of Threadneedle Street predicted a 16% fall in house prices as a result of COVID 19, [1] compared with the much less hysterical figure of 7% forecast by the property market professionals (whose business depends on them getting these figures right).

Now, the Bank has never made any secret of its fondness for “cooling” the housing market (economist-speak for ‘talking down”), but why such a wild variation? A drop of 16% would compare with that of the financial crisis of 2008. However, two of the main factors which led to that historic drop – unavailability of mortgages due to the credit crunch and a lack of first time buyers – don’t apply today. Halifax and other lenders confirmed this week that mortgage products are available across a wide range of Loan-to-Values (LTV) [2] and after a pre-COVID surge in first time buyers [3], the sector came back even stronger after lockdown. The first-time buyer property portal, Share to Buy, reported its highest number of registrations in a single day following the Government’s easing of restrictions last week. [4]

Other property market professionals were similarly sanguine. MovingHomeAdvice.com said this week, “The fundamentals of the property market remain strong and with unemployment mitigated by the Government furlough scheme, cheap and available mortgage money and pent up demand from the hangover of Brexit, we argue that house-prices will not drop significantly anytime soon despite the anxiety of a market frozen by Covid 19 temporarily.” [5]

Nationwide, Halifax, Virgin and Santander have all made it easier for buyers to qualify for loans. Nationwide resumed loans at 85% LTV last Wednesday, while Halifax raised its LTV level from 80% to 85%.

Mark Harris, Chief Exec at SPF Private Clients said “Lenders are adapting and innovating,” observing that lenders have found ways to deal with some of the problems and “there is a willingness to lend. Problems have mostly centred around staff resources, handling the surge in mortgage payment holidays and those staff self-isolating who have children and no childcare”. [6]

Reflecting the general mood, Chris Sykes, mortgage consultant at broker Private Finance stated that this “is great news for the market and for borrowers who will have increased choice going forward. It also means the post-lockdown recovery should be swifter when some semblance of normality returns.” [7]

Regular readers will note that CapitalStackers anticipated a strong return to the housing market after people staring at the same four walls for two months searched for a change of scene. And sure enough, a mere two days after the housing lockdown ended, Miles Shipside, Rightmove director and housing market analyst reported: “The traditionally busy spring market was curtailed by lockdown, but we’re now seeing clear signs of returning momentum, with the existing desire to move now being supplemented by some people’s unhappiness with their lockdown home and surroundings.” Who knew? [8]

Rightmove recorded a 45% jump in visits on Wednesday following the Government’s lockdown-lift announcement on Tuesday, along with a 70% increase in email enquiries about viewings and 2,115 new property listings during the first five hours of trading yesterday. [9]

So where does the Bank of England wring its pessimism from? Might it be the Daily Mail, who wailed this week, “Desperate sellers are dropping the prices of their homes after a glut of properties flooded onto websites today as Britain’s housing market was reopened in a bid to get the country moving again during the lockdown.” [10] Well, yes – it’s undeniable that the number of houses increased when the block was lifted, but even the greenest of new estate agents would not call it a “glut”, any more than taking one’s thumb off a hosepipe could be called a flood.

But such figures would need to be rooted in reality, and the roots of the Bank’s mathematics would seem to be on rocky ground. Predictions of house price falls are realistically based on reports from estate agents of the actual discounts buyers ask for when they make an offer.

And the reality is that in March – according to Liam Bailey, Global Head of Research at Knight Frank – homes were sold on average for 98% of their asking price. Since then, sellers have been accepting offers at 94% of the asking price – a further drop of just four per cent. A far cry from the Bank’s extravagant 16%. [11]

To facilitate a drop of such magnitude would require buyers and mortgage lenders reluctant to take part  – neither of which seems to be happening – and those sellers already on the market becoming so desperate that they’re willing to accept such insulting offers, rather than just sitting tight and waiting for the generally predicted rise next year.

“The key question is,” says Bailey, “Will vendors accept discounts of more than five per cent? Some will, but there is growing evidence from the widening spread between average offers and the offers that are being accepted, that many simply won’t.

“If we add into the mix the fact that we have low new-build rates coming through in 2020, low inventory and low interest rates, it becomes less likely we will see significant further falls from here.”

Published 4th May 2020 by CapitalStackers

A hugely viable building scheme that failed to launch through a pooled lending platform has raised all the funding it needed in 15 minutes through CapitalStackers.

Converting Charles House – a five storey former HMRC office in Preston – into 70 apartments, all priced at an affordable £90K to £130K (with 27 covered car spaces) certainly has its attractions for investors.

Particularly when you factor in that it’s sited in Winckley Square – traditionally a prime office address for solicitors, accountants and banks, a mile and a half south of University of Central Lancashire and a few minutes’ walk from the mainline rail station and retail centre. The square enjoyed a recent £1m upgrade and Charles House is just the latest of several buildings around the square to be converted to residential use.

The scheme targets the many first time buyers, young professionals and investors flocking to Preston’s revitalised city centre, but is also close to the M6, M65 and M61 interchange and just 40 minutes from Manchester and Liverpool via rail or road. The city’s railway on the West Coast Mainline can whisk residents to London Euston in as little as two hours fifteen minutes.

However, the initial failure to launch highlights the importance of matching the right sort of funding to the investment opportunity.

Contracts had already been exchanged on the site purchase when the P2P lender pulled out – although clearly not because of any problem with the deal.

The broker, Real Property Finance offered the deal to United Trust Bank, who quickly put up £3,966,000 to cover all the construction costs and brought in CapitalStackers – with whom they had successfully collaborated on other deals – to raise the mezzanine finance.

CapitalStackers Director Sylvia Bowden said, “We found absolutely nothing wrong with the deal itself – it’s one of the best we’ve come across. It’s just that longer term building projects aren’t really suitable for the pooled lending model. You need to ensure all your construction capital is in place before anybody lifts a trowel, rather than assume you can attract new investors once building is under way. Otherwise you run the risk of it falling out of bed like this one did”.

Managing Director Steve Robson added, “When RPF approached us, we did our usual deep and granular risk assessment and despite the COVID-19 situation we were bullish about raising the £750,000 needed in time.”

“Once again, our investors didn’t let us down and we’d like to thank them for continuing to support projects. Their appetite for deals remains as sharp as it’s ever been, but it’s important to point out that this isn’t just due to luck. Our due diligence has delivered for them time after time, and they have once again proved they have a nose for a good deal.”

The particulars of the deal certainly shine through. Aside from the £4.7m raised, the developer has put in £1m of his own cash and once completed, the scheme will generate net sales of £7.2m.

CapitalStackers investors had the choice of three layers ranging between a Loan-to-Value ratio of 60% (paying annualised interest of 9.66%) and 69% (paying 15.80%).

The conversion will be carried out by Empire Property Concepts, who have an impressive track record in completing similar developments, the original 10-person lift is to be retained along with most of the windows. A contingency sum of 11% is included in the budget costs and no structural works are required.

Naturally, the risk assessors have cast an eye at the dark clouds of COVID-19 hanging above the industry and built in a pessimistic assumption that perhaps 40 of the apartments will be sold in the 9 months following completion, with the rest taking even longer.

However, should any units remained unsold, CapitalStackers’ modelling shows that the project could be refinanced with more than enough interest cover from rental income. Rent receipts, after an allowance for voids and management costs would cover interest on a refinance mortgage of the senior debt by 173% even if no apartments were sold. The equivalent ratio based on aggregate debt is 139%. Furthermore, these ratios should increase as sales proceeds reduce debt.

On the other hand, the borrower is confident of exchanging contracts on most of the units before the building is even finished – primarily through targeting Buy-To-Let investors. The market rent has been independently assessed at £550 pcm for the one-bed apartments and £650 pcm for the two-beds. This gives a total gross market rent of £546K.

This deal is becoming typical of the kind of attractive pickings to be found in the COVID-19 climate. As more deals fail to launch, the CapitalStackers model is capable of ploughing on, thanks to its unwavering policy of nailing down all construction finance before work commences. It’s even become a source of comfort to the banks, knowing that when mezzanine finance from other sources fails, they know where to come for a fast (and steadfast) solution.